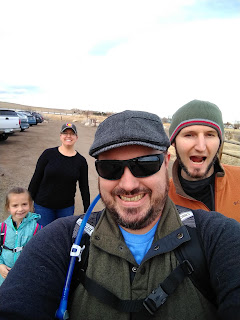 This is one of my favorite dad jokes.  It officially has my daughter roll her eyes back into her head and she's only 7.  Today's hike reminded me of this joke for so many reasons.  I love hiking with my daughter.  She always is looking at things and enjoying things on such a simple level.  She's not worried about bills, and to-do lists, and adult responsibilities.  I think in some way what I'm searching for while doing the hikes is a moment of simple bliss that kids get to enjoy as their default status.


but GOD is she SLOW!  I mean like mind-numbingly slow sometimes.  I don't get it either.  When she's moving she can keep pace with us, and because she's a little kid she can sprint ahead any time she wants to and muster a burst of energy like the roadrunner.  But then, I'll be walking for like 2 minutes and I swear she walked backwards in that time. I turn around and she's a slow motion Michael Bay version of a normal walking pace. 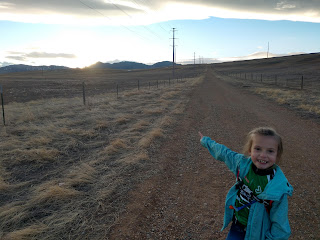 Usually I'd be really annoyed about her turtle movement, but in this case I'm going to give her a pass.  You see, there was a typo on this particular hike in the book.  I was looking for a leisurely nice little hike to finish the day off today.  I was at a trade show for my business all weekend and was playing Dungeons & Dragons this morning (yeah, I'm a nerd. This won't be the last time you'll hear about super dorky past times).  So anyways, I still wanted to keep my whopping two week streak of hiking intact so I found one of the hikes that was in the front of the book in the category "Flatlands"  While the intensity of the hike was entirely accurate (it was a rolling service road for power lines and had a couple hills but nothing lung busting)  They made one little eensy-weensy mistake. 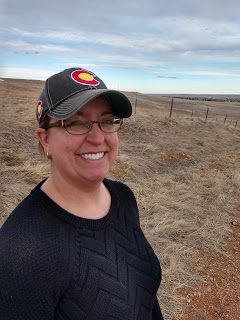 The hike was listed as a 4 Mile Round trip.  What they Meant was a four Mile Each way.  The hike is geographically divided into two legs, and doing one part out and back racked up the 5 and a half miles you see logged at the top of the post.  Now, in the scheme of things that's not an oppressive distance to hike but we had two things going against us.  I chose the distance based on when the sun was going down in the afternoon, and well.......the child. 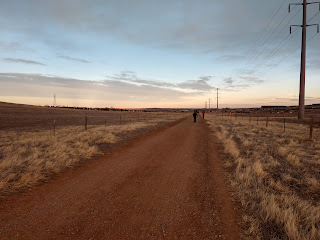 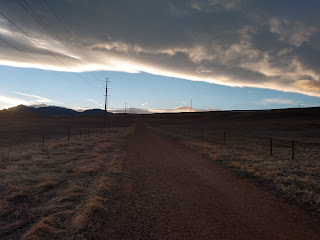 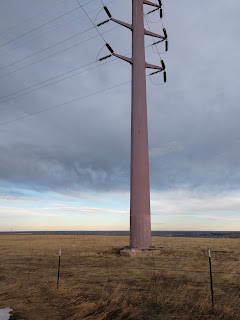 This was more than she signed up for and is a pretty long distance for anyone that hasn't done much at all, so I think it was a big bite for her.  The one saving grace was that the trail was wide open and easy to see for a long time, so when the turnaround point came into view I ditched them.  I went to the end terminus of the leg we planned on and flipped around to let her turn around with us where ever she was at the time.  Yeah, she was a dot on the horizon for a minute or two, but we found her no problem.  Trust me when I say it was impossible to get lost on this trail. 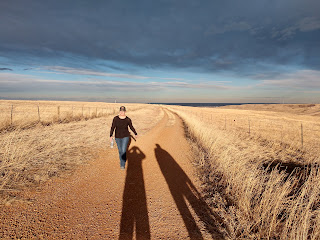 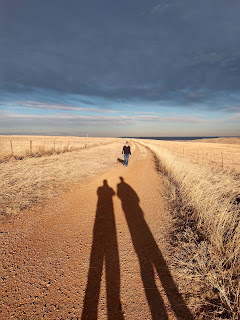 We made the return trip without too much incident and learned a couple things to keep the munchkin along side us.  At one point we picked a place that we were going to take a break by a power pole and we told her that, the first person to get there would get to rest the longest, so she took off.  It's a miracle and mystery of science how a little kid can be dead on their feet one minute and take off like a rocket the next. 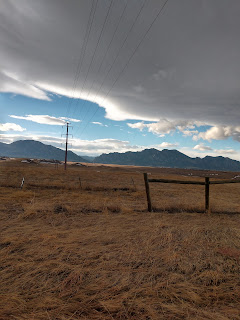 We had a singalong on the way back also.  We got to hear preadolescent versions of "all about that bass" "The song that never ends" "Cat, Meow, Flushing the toilet" "Pancake Robot" and a plethora of other songs that will earworm into your brain for the next month.  "Baby Shark"  made an appearance but that was only momentary, thank goodness. 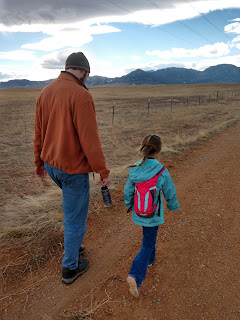 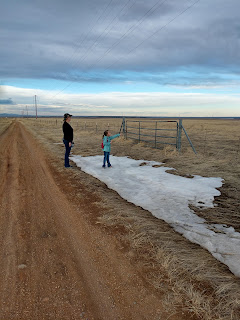 I want to take a second to appreciate the sounds of the trail.  When you get out away from the normal din of traffic, radios, talking and society, you get to hear the things that people who don't venture away are remiss from.  My favorites today included the chatter of a family of prairie dogs, the hum of power surging through high voltage towers, and my favorite, the howl of a pack of coyotes.  On the return back, we all of a sudden heard a racket at what seemed to be one gully over.  There was yipping and barking and it sounded like a whole pack talking to each other.  My daughter asked me what was going on and I told her.  She then asked me if it was a full moon tonight, because she thought that was the only time they'd howl.  It went on for a minute or so but it was a really cool reminder about how wild the world can still be even though we try to cover it with as much concrete as possible. 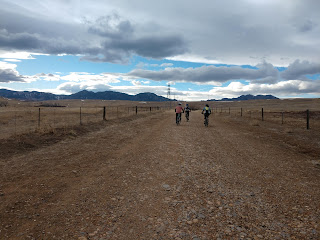 We got back to the parking lot, and for me to check off the full distance of this hike I had about a mile left, but it was getting later, so I penciled that little jaunt in for another morning while I'm out and about to check it off.

Oh, and by the way, at the very end of the hike, after my daughter had spent the previous 90% of the hike behind us and moping about being tired, she suddenly got a surge of energy, and was the first one back to the trailhead.  When we got there she grinned at us and said, "what took you guys so long?"

Sometimes I can relate to daddy tomato ;)
Posted by Brian at 8:10 PM